My first job, ten years old, 6:00 am, meticulously weaving row by row, the satisfying snap and crack sounds rolling one after another, as I loosen the roots from the fertile soil, one by one, revealing the prized carrots. It’s just a few shorts days away from harvest.

In my town, we had the cedar trees, the wily locals, the abandoned barns, and the small farms filled with golden raspberries, watermelons, sunflowers, apples, pears, and leafy veggies in every spectrum of green and purple. There were the cows, horses, llamas and chickens grazing freely in the orchards, sun bathing, and providing endless entertainment for us feral children — with all the time in the world and no good place to put it.

I left my beloved and beautiful Williams Valley in Southern Oregon for the big city. Twelve years later, I’m still proud to call Los Angeles my home. Sure, there are some differences in landscape and climate, but at the core, across time and space, we all want many of same things, right? A life of fulfillment, happiness and inner peace? Love and connection? Access to clean water, air, and nutritious food?

Despite your politics or opinions, we only have one habitable planet, and no alternative in the near future.

For better or worse, it’s not unlike a fishbowl; the living environment will get murky and eventually deadly without maintenance, there’s no escaping it. It seems that every day brings another devastating natural disaster from Hurricane Harvey dumping 27 trillion gallons of rainwaters on Texas and Louisiana, to the wildfires tearing across the northwest, devouring 300k acres in Oregon alone, to the magnitude 8.2 earthquake that ravaged Southern Mexico, to Hurricane Irma mandating nearly 7 million people to evacuate from Florida and now Hurricane Maria has left the entire island of Puerto Rico without power. And the list goes on…

All this points to the heartbreaking and devastating impacts of climate change that all of humanity now faces. My mind inevitably drifts back to a simpler time and wonders, how we can ever get there again? In these days of uncertainty and mass environmental destruction, perhaps it’s best to focus on what we can control — both through immediate relief efforts and long-term common sense solutions we can all begin to implement now to promote greater stability for people and planet.

So how do we ensure long-term access to life sustaining resources like clean air, food and water, as well as reduce the frequency of catastrophic weather patterns caused by climate change?

Turns out that food production has one of the single largest impacts on climate change.

Conventional agriculture alone is the culprit for up to 1/3 of all green house gas emissions, more than the entire transportation industry combined.

But obviously we can’t stop producing food. When did this become such a major source of carbon emissions into our atmosphere, largely contributing to the natural disasters we are experiencing at this very moment? Shouldn’t growing food be a beneficial process that our earth has evolved to sustain over billions of years? Where did we go wrong?

One of the simplest solutions is to adjust our agriculture. The really miraculous thing is that it can actually be a leading solution to climate change when utilizing a process called “regenerative farming practices”.

By leaving fields untilled, growing a variety of plants, managing grazing, and rotating crops, we rebuild top soil which not only allows us to exponentially increase plant growth over time, and minimize erosion, but actually traps carbon in the ground, keeping it from impacting the atmosphere, through photosynthesis, as plants draw carbon from the air and deposit it into the soil.

Ben Chou, a researcher from the Natural Resources Defense Council, found that using cover crops on half the nation’s corn and soybean acres would allow farmers to capture more than 19 million metric tons of carbon — which would equate to essentially taking about 4 million cars off the road.

These practices are mimicking the biology of virgin land, and the results are nothing short of transformative, scientifically proven to reduce severe droughts, floods and storms, essentially what millions of people are at risk of facing today.

On top of the substantial benefits to food security and our climate, farmers save money by avoiding buying expensive synthetic fertilizers and fungicidewhile continuing to produce ever increasing higher yields.

The results are so promising that entities like the Food and Agriculture Organization of the United Nations, CA Department of Food and Agriculture, universities across the country, and large companies like General Mills are leading initiatives towards implementing regenerative agriculture practices.

One of the greatest hurdles between more farmers getting on board has been lack of public awareness and education.

Consumers often don’t know these practices exist, there is no good way for them to identify these products in stores, and as a result farmers aren’t as incentivized to shift practices.

Aria McLauchlan and Harley Cross co-founded LandCore USA with a mission to solve this very problem. They assert that by establishing an FDA certification, much like the Organic Label Certification which reinforces a now $47 billion dollar industry, they can fuel massive public awareness and demand, identify regenerative products for consumers, and create a huge new market for regenerative farmers.

“The fact that our country only has enough topsoil to sustain around another 60 year of farming is beyond politics, it speaks to humanity’s ability to secure food for our growing populations. It also happens to regenerate soil which mitigates climate change in the process.” asserts McLauchlan.

Perhaps this idea of going back to a simpler time doesn’t exist, but by using regenerative agriculture practices and technologies that already do, we can certainly move in the right direction. Where people and industry are taking real steps towards reducing the impacts of severe weather patterns, and we can cultivate a safer environment where food, water and clean air are bountiful once again. 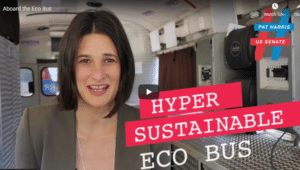 I, Too, Don’t Know What I’m Doing With My Career

“Why Your Moral Compass Is More Important Than Your Career Path” I’ve got a sneaking suspicion that most folks don’t have a long term career plan for themselves. Today, I’m here to tell you, that’s okay. The truth is, your perfect job simply might not yet exist. Maybe the career you want is being built by you, instead […]
Read More → 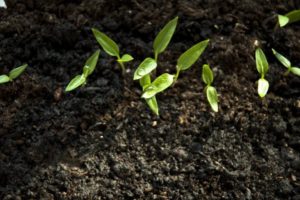 The Solution’s in the Soil: Food for Thought

My first job, ten years old, 6:00 am, meticulously weaving row by row, the satisfying snap and crack sounds rolling one after another, as I loosen the roots from the fertile soil, one by one, revealing the prized carrots. It’s just a few shorts days away from harvest. In my town, we had the cedar […]
Read More → 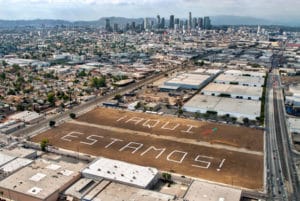 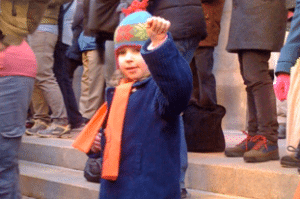 Have You Been to Jail for Justice?

I went down to Salt Lake City for the Peaceful Uprising Solidarity March in support of Tim DeChristopher.  Tim is responsible for uprooting an illegitimate land auction put on by the Bush administration.  He walked into a room filled with oil company reps and proceeded to bid on 22,000 acres of land thus throwing off […]
Read More →